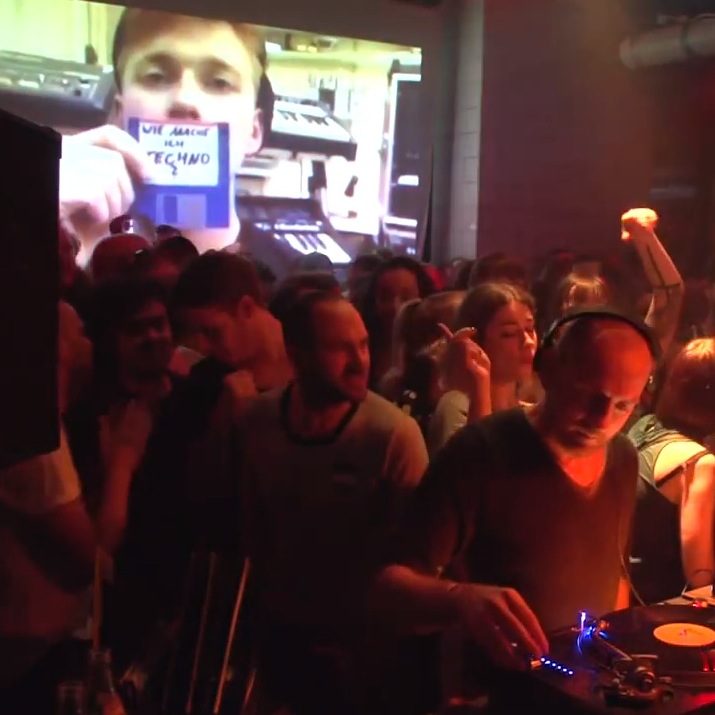 Have you ever wondered about that quite familiar looking young dude that you always see on the screens of Berlin’s Boiler Room sessions, flipping 3,5″ floppy disks in an old school sampler and smirking into the camera whilst twiddling knobs on his 303? Yep, that’s me. It’s footage taken from a TV documentation called Techno City Berlin which was produced and aired in 1993 by German TV. And as frequently as people send me links to that show or my live performance of Marmion’s Schöneberg on a German TV show (which was really live and without strings attached), asking if I knew these clips already (yes, I do….), I am being told again and again, that they’ve “seen me at Boiler Room”. Not in person, haha, but on the screens. In this clip I am sitting in my old Schöneberg-based studio, exactly the room, where I produced my album Afreuropamericasiaustralica, Marmion’s Schöneberg and explaining to the TV crew, how to produce Techno. This time my friend and football mate Andy pointed me on this Sven Väth set from December 2012 using Mijk footage from 46:20 min.
So, what has that clip got to do with Berlin’s Boiler Room and how did I get there? Actually I don’t have a clue. Since I never played there so far, I guess that some video guy must have stumbled over that documentation from 20 years ago and thought it’s a funny idea to loop it on the screens of a show which is regarded as to represent the Berlin scene of today. 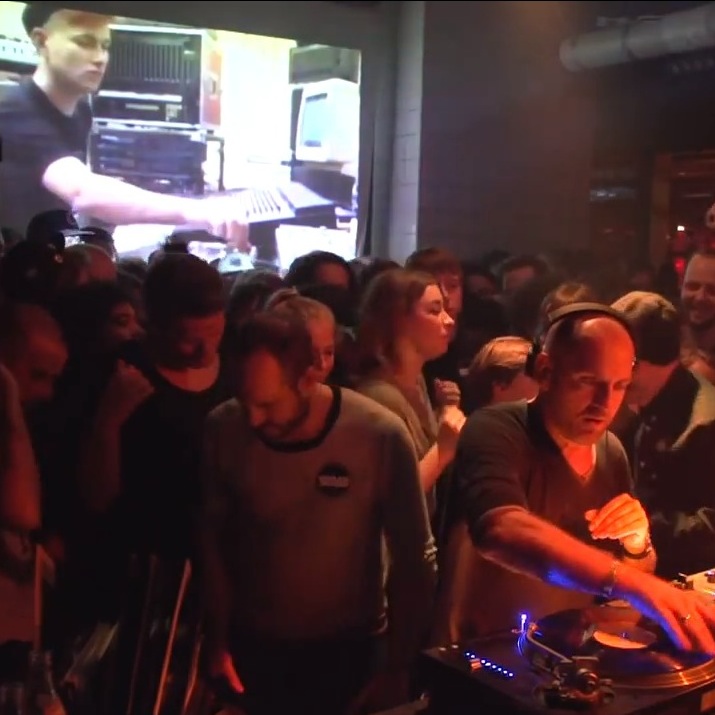 How do you feel about it, my dear blog readers?
Is it a celebration of the Berlin scene back then?
Is it just a funny reminiscence of days gone by: look at those clothes, look at those hair cuts.
Or is it a link to some glorious Berlin Underground Techno past with today’s totally different contemporary scene which is dominated by Expats from all over the world, who came to this city, when the flavour of Berlin was already built by DJs, labels and producers who are now long forgotten or have a less dominant impact on the “sound of Berlin”?
Let’s face it: from all those early Berlin acts and labels only a few have survived or are doing really well, like Ellen Allien’s Bpitch Control or Frank “Beroshima” Müller’s Müller Records.
Of course some glorious past is no reason to claim respect in the world of today, every DJ and act has to prove himself or herself again and again. But I would hate to see the scene that we build 20 years ago degenerate to a mere surface for Techno tourists.

OK, nuff complained:  I would like to take this opportunity to recommend today’s Boiler Room special on G.I. Disco, featuring DJ T, Smiley, Kalle Kuts and Daniel Best. Since the great G.I. Disco crew covers the Funk culture of the 70s and 80s, when US troops where still standing in Germany.
And you probably won’t see me on the Boiler Room screen today. 😉

If you’d like to learn more about G.I. Disco, check their website or the motherfunk interview that I had with Kalle and Daniel in November 2010. Or go to their parties and get down: very different, very special, highly recommended!

And one more thing: let me also introduce you guys once again to Dommune, the Japanese Boiler Room equivalent (which is on air already a bit longer than BR). Here’s a feature on my DJ set at Dommune in November 2011.
mijk out. 😉