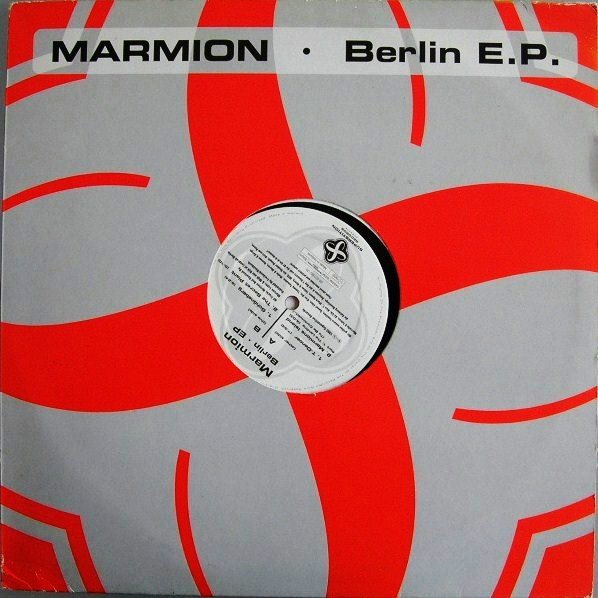 In 1993, my friend Marcos Lopez and me composed a classic which two decades later still spreads ecstasy and goose bumps on the dance floors around the world. The Marmion Berlin EP was composed and produced in my studio in Schöneberg and hence one tune was in fact called “Schöneberg”.
It became a classic in House/ Techno/ Trance by it’s combination of all these elements and by the love of the people.
Marcos and me met as students at Berlin Free University. Both infected with the virus of House music we often talked about music or went clubbing. Marcos was already playing as a DJ in those years and when I gave him the orange Microglobe High On Hope EP, he offered to do a remix together with me. So we did the MDML-Version of that track which appeared on the blue High On Hope EP. Working with Marcos was fun so we decided to produce together. The first track we did was “T-Dancer“, dedicated to the Gay Berlin Tea Dance, where Marcos used to play. The second was already “Schöneberg” , which was produced on a Monday after we both played a fierce back to back DJ set at Bunker CLub Berlin. We were quite lucky that a friend left his Roland Jupiter-6 synth at my studio and Marcos started playing around with it, finally finding the sound and feel of that chordal hook in the grande finale of the track. To further complete our first EP we wanted to add a Tribal track, because that was the sound Marcos was totally interested in. He had already jammed around on his Roland R-8 Mk.II drum machine and build the foundation of a tune which would become “The Secret Plant“. I wanted an Ambient track on our EP that would slowly build up to a strong sequence that would be great for mixing in a fat bassdrum and so we created “Marmion’s Island (Part 1: The Landing)“, which was a track that I loved to start my DJ sets with in the following years. After several well-known labels turned down our first EP (one because they did not like “Schöneberg” – I mean: really!), we decided to give the track to Tobias Lampe, our friend from Hamburg, who just had started his own label Superstition Records. Lucky for us that Superstition was soon on every DJs map due to great releases from Jens Mahlstedt, Kid Paul, Henry Stamerjohann and Gary D. and our own. Good for Superstition that our first Marmion EP found so much love everywhere on this microglobe. I guess part of the magic of “Schöneberg” is that it always worked in all kinds of DJ sets, sometimes too slow, sometimes too fast, but always with that special emotional vibe.
Thank you for your support!
P.S.: Here you can find some info on “Schöneberg” on Marcos López’ website.
If you like Marmion, like us on Facebook.
Marmion – Schöneberg (Original) – Superstition