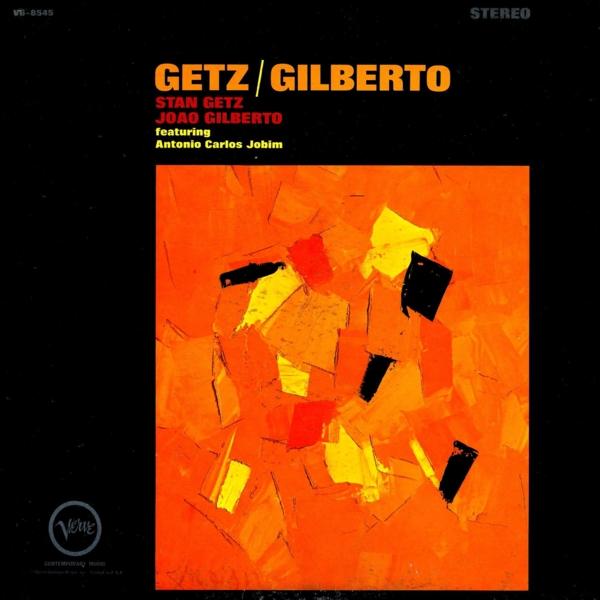 Yes, it’s the World Cup 2014 in Brazil and could I not treat you with some Brazilian flavour in my Sunday Music column? Of course no official World Cup songs or Samba EDM remakes, but some really lovely 60’s Bossanova from the original masters. Although I have some puzzled feelings about this World Cup that you can read more about >>HERE<<, I embrace football and I embrace the wonderful mellow tone of João Gilberto do Prado Pereira de Oliveira, the super-smooth saxophone sound of Stanley Gayetzsky aka Stan Getz and the extra-ordinary voice of Astrud Evangelina Weinert, better known as João’s wife Astrud Gilberto. Sure, “The Girl From Ipanema” is an inevitable classic that has been sung by many, but I dare to say that the very best recording of this is still to be found on this album by famous Jazz label Verve in 1964. I bought this album as a teenager of course first and foremost because of Astrud Gilberto and her excellent performance of The Girl From Ipanema which can make a young boy fall deep into a state of sweetest imagination but I soon discovered what else this brilliant album has to offer. I especially fell in love with the mellow tone of Stan Getz’s saxophone and I don’t necessarily love saxophone, to say the least. But the way Stan breathes, almost kisses his instrument is pure emotion, maybe comparable to Archie Shepp‘s performance of Memories on the Material album One Down, featuring one of the first recordings of a very young singer called Whitney Houston (R.I.P.) , but that’s already another story for another Sunday.
So float away this afternoon on this easygoing sound directly from the Copacabana. Life’s a beach, sometimes…

This >>Videolink << which presumably contains a playlist of the whole original album is unfortunately unavailable in Germany but maybe works for all of you guys’n’gals outside of Deutschland? Please let me know in the comments below. So I compiled a few other videos of that release for your entertainment.

The Girl From Ipanema