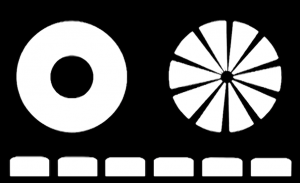 This is the video for Restless, one of three tracks on my forthcoming Bleibtreu EP on friendly BluFin Records from Cologne, produced together with my friend  Rummy Sharma from India.
All tracks have been produced in New Delhi and Berlin, either physically sitting in the same studio or swapping files across the web.
I arrived from my gig at WIRE13 for an overstop in New Delhi to hang out with Rummy for a couple of days, play a gig and produce some music. It was my very first time in India and it was nothing less than amazing. The sights, the smells, the food, the people: never had I seen a country with so many contrasts between the rich and the poor. It was great to have my friend Rummy at my side to show me those things, that a simple tourists would never encounter. After long days, we would enter the studio and work all night on our music. A perfect opportunity to channel my impressions. 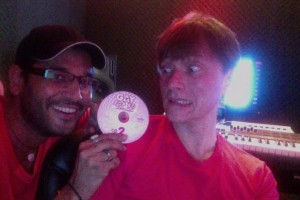 We layed the first beats and bass for Impact after we returned from a party with Darren Emerson in New Delhi to Rummy’s studio. Later, we would send Ableton files back and forth from India and Germany to finetune the track. When we send it to BluFin Records, label boss Andrea loved it and asked for more tracks.
The title track Bleibtreu has been started in New Delhi as well after a long day of sightseeing.
In this video you can actually see us walking over to Rummy’s studio in the district of Vasant Kunj.
We were working on this tune more than on the other two and finally finished it in Berlin.
The track is called Bleibtreu (“Stay true”) because we did stick with this tune as long as it took, because Rummy loves Berlin so much and last but not least because Rummy’s brother Ranjan runs a travel agency in Bleibtreustrasse in Berlin. If you ever wanna go to India, make sure to book your journey at Travel Design. 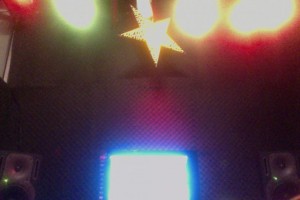 And finally Restless. A perfect mashup of both our ideas. We did a lot of road-testing of the tracks in our gigs. Here’s an example of my gig at New Healing festival, where I dropped all 3 tracks of the EP in a row. While all 3 tracks created amazing crowd reactions, Restless became the secret hit in both of our sets, so we decided to get a video done.

Release date is October 10th, one day before my birthday. What a nice present! 🙂