Sunday Music: Tranceformed From Beyond 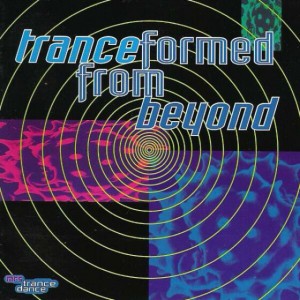 Yesterday night I played once again together with my friend Harald Blüchel aka Cosmic Baby at the Liquid Sky Berlin Ambient Underwater Candlelight Jam at Maze in Berlin.
In 1992 we conceived together an early milestone in electronic music history: the compilation Tranceformed From Beyond, that gathered 13 electronic tracks on a mixed, or should I rather say “composed” CD.
This compilation coined the term “Trance ” for hypnotic repetitive emotional music for at least the next 2 years to come until any kind of melodic techno and even chart music was labelled “Trance”, a process which killed the term forever.

Ordered by Mark Reeder, then head of MFS Records, most of the tracks were taken from the rapidly growing MFS catalogue or licensed from friends, like Quazar’s “Dragonfighters”, a deeper version of “The Seven Stars” or GTO’s remixes for Cosmic Baby
Most other mixes were especially remixed by Cosmic Baby for this compilation, always keeping in my mind to make ends meet: to end the track on a speed and harmony that could be mixed within four seconds with the next track: we did not have hardest recorders at that time and the digital mastering system only allowed four seconds of transition time. 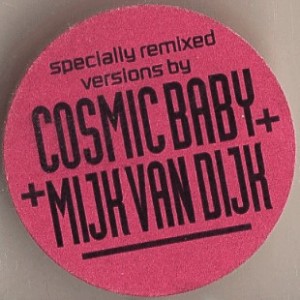 I would join later with my mixes with and without Cosmic Baby and was also involved in the final mixing process, conceived by Wolfgang Ragwitz, the mastering wizard of DSB (Deutsche Schallplatte Berlin), the successor of the state-owned East-German record company VEB Deutsche Schallplatte.
I would use the mixing and mastering technique together with Wolfgang Ragwitz two years later for my first album Afreuropamericasiaustralica.
Historical fact: the mastering studio by DSB was situated in the former Reichspräsidentenpalais right behind the Reichstag, before Berlin had been declared the capital of Germany and the parliament moved from Bonn to Berlin in 1999. The building is used now by the Deutsche Parlamentarische Gesellschaft.

I still love this album a lot, it has an immediate innocence and you can hear that every step we took there was like treading on new ground where only angels had dared to go before.
Here’s a playlist on YouTube with all the tracks from 24 years ago.
Sit back, relax and treat yourself to this mix! 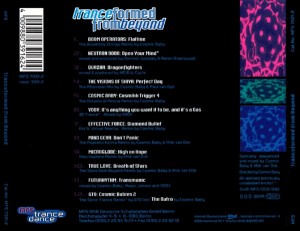