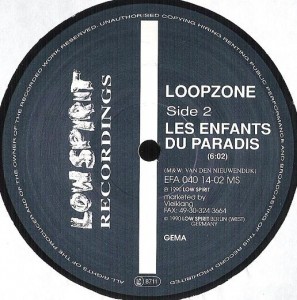 When I checked the social network back from my DJ gig at Weberknecht in Vienna yesterday night, I immediately stumbled over that sad news: Low Spirit Recordings and Mayday founder William Röttger has succumbed to cancer yesterday at a way too early age of 66.
His name might not be familiar with the Techno kids today, but he surely was immensely influential for Techno in the  90s and 00s –  and also for my personal career: he was the man who gave me my first record deal.

In 1990 there weren’t so many record labels around like now. And William’s label Low Spirit Recordings basically was the only Berlin label that I knew. And it was WestBam’s label too. So I went to their office with my first demo tape and a heart full of hope and played it to William. He took his time listening, WestBam also popped in briefly and the whole scenery was very impressive for that young aspiring producer that I was back then.
After William listened to my music patiently and in full length however he said that it wouldn’t fit their label sound and wished me good luck. I went home like a beaten dog and thought about what I could do better. Still in a „low-spiritedly“ mood in the evening I received a phone call by William. He said, he listened to the tape again and now wants to release it. (That’s why you kids should always put your name and number on any demo you hand out!!!) 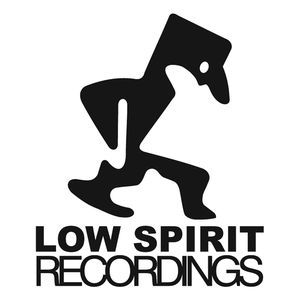 I replied: „But you just told me that you don’t want to release it.“ And he told me very serene: „See: now you know that I can change my mind!“
This is maybe a characteristic that William distinguished from others: he reflected and evaluated and would eventually change his mind. He was probably more a passionate artist than a calculating business man. More like a father who cared for those he loved. And besides launching the careers of WestBam, Marusha, DJ Dick and so many others, he also kickstarted mine.
My deal with Low Spirit also led to my first Loopzone live gig which happened on October 24th 1990 at Quartier (now Wintergarten), together with LFO, Moby, Mixmaster Morris, A Hippie A Homeboy And A Funky Dread, Peter Daou, House Of Venus and Low Spirit’s own late L.U.P.O. 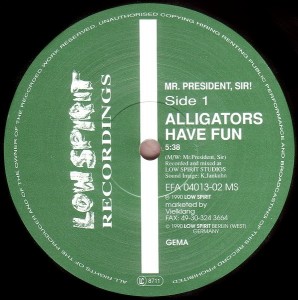 In 1991 I released through BASH Records, formed by Tanith and JL; who also organized the first Mayday Rave with William and Low Spirit.
And when my career finally took off with MFS Records and Superstition Records in 1992 and 1993, I knew that my first ever 12“ on Low Spirit put me on the music map. Although I never released an EP on Low Spirit again I played on 2 Mayday Parties (1996 + 2000), contributed to 2 Mayday Soundtracks and my relationship to William and his label was always of mutual respect.
When I met him the last time he was already looking very thin and marked by the desease but still had that relaxed generous smile on his face as always.
My thoughts and condolences go to his family and friends.
R.I.P., Mr. President, Sir! Thank you for believing in me back in 1990.  I hope that Les Enfants Du Paradis will be playing your kind of music.