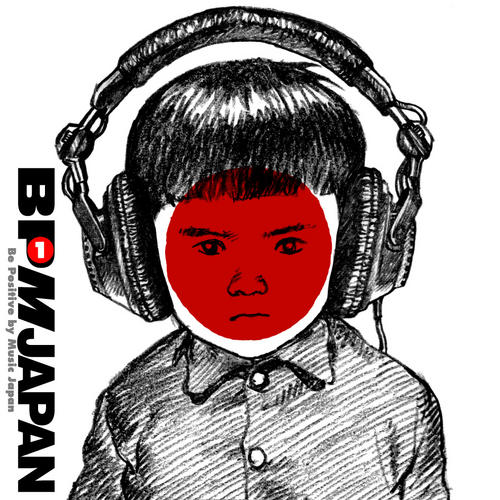 April 7th 2010 was a disasterous day for Japan. An earthquake and a tsunami hit Japan and destroyed the coastal region north of Tokyo. The nuclear reactor of Fukushima was damaged and leaked.
Since Mijk is connected to Japan since 1994 through many gigs and friendships, he did not hesitate when he was asked to deliver a track for the charity compilation BPM Japan initiated by his friends Dr. Shingo, Q’hey and Shin Nishimura.
“World Beside You” reassures his bond with Japan and its beautiful people.
The compilation BPM Japan is available through Beatport and all major download stores.
All the income will be delivered to the victims of the tsunami catastrophe.

This is what the official press text has to say:
100% of label sales will send to North part of Japan where people are still suffering lost of houses, and family members… This album will be available to download via Beatport which means that with the touch of a button people all around the world can have a positive impact on what is now going on up in Tohoku. With over 60 artists already agreeing to take part in the “BPM JAPAN CHARITY ALBUM” series (with the initial sampler release available from April 1sy 2011) which will see a volume of releases happening throughout the year. With the album artwork featuring original illustration from Katsuhiro Otomo (the renowned creator of the cult classic manga film AKIRA) this release will surely be a future classic. Being from the Miyagi (the area most affected by the tragedy) part of Japan Katsuhiro Otomo knows as much as anyone the importance of the support needed for those in the North. With the co-operation of Toshiaki Uesugi from the graphic design team Mach55Go! they have been able to make sure this series is kicked off with a true feel for what is going on at this time in Japan. With the help of all of the artists involved and yourselves we are hoping that we can go some way in making sure those affected by this tragedy do not have to suffer any longer than they have to. So please enjoy the music, and remember the steps you have taken to contribute to those stricken by this tragedy will be heartfelt in their lives for years to comeBPM JAPAN (Be Positive by Music Japan) CREW.