I was invited to Rwanda by  Goethe-Institut Kigali to give DJ-and producer workshops, hold a lecture on Berlin Techno culture and play a DJ set at Mamba Club.
Every day was packed with wonderful adventures. Such an interesting country with a very troubled past, but hopefully a good future ahead. The people I met made me feel welcome and confident.
I got the chance to experience Kigali: partied at Inema Arts Center, saw Nyamirambo district, Kandt House and the Kigali Genocide Memorial Centre, 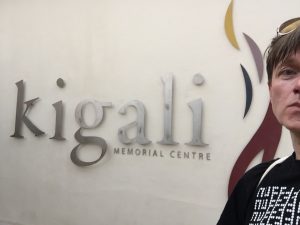 exhibiting the history and atrocities that happened in April 1994, when the Hutu majority literally slaughtered the Tutsi minority.  Just watching the movie Hotel Ruanda is only scratching on the surface of what really must have happened.
It’s also impressive how this torn country over the last decades has drawn conclusions and taken action to help heal the wounds of this desaster.
I do hope that the Rwandans may succeed in their complicated path to unity. Before that I took a super-nice walk through the Nyamirambo quarter with Luisa from Goethe-Institut Kigali and our guide Jeando from the Nyamirambo women’s center, who knows his hood inside out. Deep insights into the everyday life of ordinary Kigali people.  The walk was organised by the Nyamirambo women’s center, This female collective focuses on the empowerment and independence for women by sowing and selling clothes, bags, purses and other stuff with Rwandan patterns and is a great example for independent micro business in this country. Of course I bought some souvenir stuff to support and take home. They also run a small library.
You don’t get to see this, when you just hang at the hotel’s pool. Another must-see for me was a visit to the Kandt-Museum (say that loud in English….), exposing photos, maps, sounds and things from the Rwanda‘s past in connection with German colonialization between late 19th century until WW1.
Impressive display of colonial arrogance. Must explore more.

My first workshop at Goethe-Institut Kigali, focussed on DJ techniques from vinyl over laptop to USB. Some participants had a solid knowledge, as they are practicing DJs.
Some beginners hopefully got inspiration. In a country like Ruanda with no record stores, digital seems like the only option.
The second workshop covered Ableton Live production, including remixing of Rwandan popular songs.
Thanks to DJ Sharif who helped out with equipment and during the workshop. On Friday first we had a screening of the Techno documentation “Wendeklang/ In A Place Called Techno” at Mamba. After the movie I played a 4 1/2 DJ/Set to a lovely mixed crowd of native Rwandans, expats and tourists. Starting with African Tribal Tech Rhythms (like from the awesome Beating Heart Music compilations) I turned it more and more Techno.
20hz’s “Capricorn”, DJ Hyperactive’s “Wide Open”, even Emmanuel Top’s “Acid Phase” and all those new tunes I love to spin. 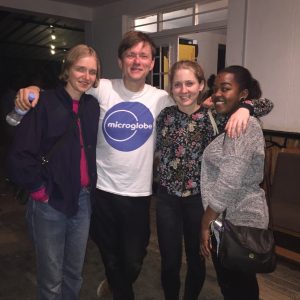 Techno just works: People were jacking, freaking, screaming, I would have never expected such a blast of a party.
I ended my set with special Berlin dancehall greetings from Seeed and “Dickes B”, before DJ Gil Low from Kigali would drop more Dancehall and Afrobeat bombs, until the police came and gently closed the party.
Much respect and 1000 thank-yous to Mamba Club, Urban Gorilla Collective and Goethe-Institut Kigali for making this possible.
One love – You rock! 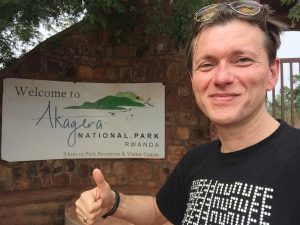 On the last days we did a very special trip to Akagera National Park, where we were spotting elephants, giraffes, antilopes, baboons and other monkeys, zebras, warthogs, all kinds of birds and a breathtaking landscape.
Thanks to Robert from Urban Gorilla Collective for this unique experience!
No lions, no rhinos, but what an experience to stand on a plain full of giraffes, zebras, hogs and buffalos. Wow! Unforgettable memories! Thank you so much Katharina, Lena, Luisa, Mart, Robert, Gil Low, Jeando, Guillaume, Julian, Florian and all others who crossed my path.
Hope to see you all again!

German DJ and producer mijk van dijk spend one week in Kigali and held a workshop on producing and DJing and got to know the music scene in Kigali.

Mijk, you come from the field of electronic music. How was the encounter with people from the music scene in Kigali?

First of all as always: people are people – everywhere! I am lucky to be travelling through the world as a DJ since 1994 and meet people on every continent, who don’t seem like strangers at all, because we share one passion: music, techno, party! And everything else attached to it: respect, equality, peaceful cooperation, and focus on the future. I was happy to find all this also in Kigali.

Where did you learn about new aspects of music production – where did you see similarities?

I am always interested in how music is produced in other parts of the world. In Kigali there were no surprises in that sense. Laptops are providing enormous possibilities for DJs and producers in form of software, for a fraction of the cost of the respective hardware, also because the means for potential instruments are not at hand. But artists don’t get discouraged by empty purses, but rather look for creative expressions with the means that are available. I am excited how the musicians in Rwanda will combine electronical sounds with the musical roots of the country in the future.

You have been part of the (Berlin) Technoscape for more than 20 years and you gave workshop on electronical music all over the world. What struck you especially in Kigali? What impressed you particularly – in terms of the music?

It struck me that most of the participants already had a solid basic knowledge, but mostly on affordable PCs and free or very cheap software. Musically, in Kigali you find Hip Hop, RnB and Dancehall, enriched with African Music especially from Nigeria. I paid tribute to that especially in the first part of my set (at Mamba Club), by playing a lot of African grooves. What really surprised me though, was that I played uncompromising Techno from the middle of my set, which was celebrated enthusiastically by the dancing audience. That showed me once more that Techno is actually understood everywhere around the world and I hope, that this basis democratic ‘worldmusic’ finds its way into the musical language of Rwanda.
What do you take along?A lot of souvenirs from Nyamirambo Womens Center 😉 Unforgettable experiences in the Akagera National Park. And the genuine kindness, with which I was welcomed everywhere in Rwanda. I hope to come back soon.

What is your next project?

I just finalised a remix for my friends from 2raumwohnung and am preparing for the release of my label ‘microglobe’. Parts from the first EP ‘Peace 4 All’ I also played in Kigali and I was very happy that they were so well received by the audience. 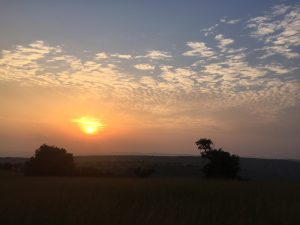 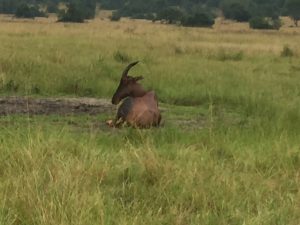 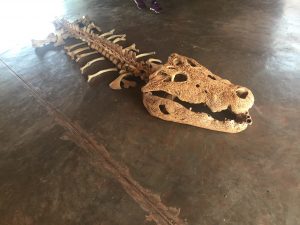