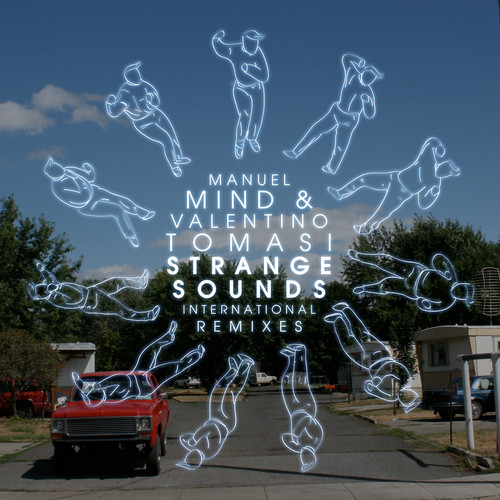 I have been in contact with Manuel Mind from Switzerland for a long time. He was one of the earliest supporters of that new sound called “Trance”, back in the early 90s, when I did my first recordings a Microglobe and Mindgear on MFS Records from Berlin.
When Cosmic Baby and me compiled and produced “Tranceformed From Beyond”, the very first compilation exploring that new and exciting sound in a mixed format.
When he asked me to contribute my Mindgear track “Don’t Panic” to his compilation “Sonic Trance”, I was so thrilled to receive a request from abroad, that I produced a special remix of that track called “Don’t Panic (Transpanic Mix)“, that has never been re-released on any other format so far.
We met for the first time at the end of 1995 on a rave in Zürich. Trance had already become a formula back then I was looking for deeper ways to express myself in music. He was playing on the Drum & Bass floor and I was a bit puzzled at first, since I could not really connect that sound with him. However, when he played “Timeless” by Goldie and other songs, I don’t recall anymore, music that consisted of deep basslines and emotional pads, I understood that his love for these musical elements made him embrace Drum & Bass, as a logical progression from the Trance sound of the early 90s.
We got in contact once again in the 10s, inevitably through the social networks. He noticed that I rediscovered Funk, the sound that made me turn to electronic music and drum machines in the first place. And I was stunned, that he also produced a similiar sound. I featured his tunes on my NuFunk show “Motherfunk” on BLN.fm and he asked me for a remix for his new tune “Strange Sounds”. So here once again a circle closes after 20 years.
At first I wanted to have this remix released as a mijkfunk Remix, but I don’t want to make these separations anymore. It was good to separate my first excursions into the realm of NuFunk and FutureBoogie under a new project name, but in 2013 it just makes sense to me to merge all the influences that I gathered over 2 decades into a Mijk van Dijk sound, may it be boogie infused or harmony infected.
So I’m really happy to present to you my “Mijk van Dijk Boogie Remix” of Manuel Mind & Valentino Tomasi’s  “Strange Sounds” on Le Bal Records from Zürich/ Switzerland, with remixes by Foremost Poets, DJ Slugo and Mijk van Dijk.
Also available on vinyl July 16th 2013.