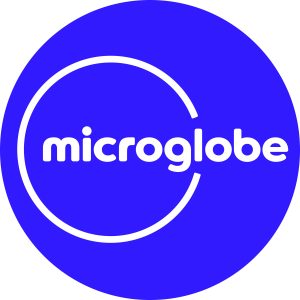 microglobe musikproduktion is a music label by Mijk van Dijk, DJ and producer from Berlin.
Unlike his other labels nuFunkFiles, roter punkt and environ-mental recordings this time around it’s all about the music that Mijk is associated with by his fans since over 20 years: House, Techno and emotive sounds, the type of tracks, he loves to spin in the club in his DJ sets. Mijk van Dijk is bunching all the influences and ingredients of his career so far: the strength of Techno, the emotions of early 90s Trance (Marmion, Microglobe, Mindgear),  the boogie of his releases as mijkfunk and The Chaenge, all enlightened and regrooved by the eternal spirit of House music.

The term Microglobe is dear to Mijk. He released his first album Afreuropamericasiaustralica on MFS Records Berlin under this moniker in 1994. The world of House and Techno felt like a microglobe already back then and more than that now, in the times of the internet. Every information and every person seems to be just one click away and still there is no solution yet to the problems of the world all the citizens of the microglobe have in common and that Mijk was concerned with already 20 years ago in the lyrics and liner notes of Afreuropamericasiaustralica.

The year 2013 marks the relaunch of Mijk’s idea of the microglobe.
The first step was the launch of the website www.microglobe.de. It represents all the different shades and colours of Mijk’s world of music. Each project is a country, each label is a continent and they are all part of his microglobe.
Next was the launch of Mijk’s radio podcast music 4 the microglobe, a 2-hour show divided in two sets. In the 1st Mijk plays his favourite new House tracks in the mix, just like in the club. It’s called “I House U”.
The 2nd hour allows for more variations. Here Mijk presents music off the beaten track, as long as it is “Electric Eclectic Essential”.
And now microglobe musikproduktion. At the moment Mijk is carefully  producing the first releases. Modern Techno and House music with an attitude, lyrics with meaning and depth and sounds that resemble the vibe of his successful productions of the 90s.
The first EPs will be produced by Mijk himself to define the sound of the label. Productions by other artists out of Mijk’s circles may follow. The first climax on microglobe productions will be the next Mijk van Dijk artist album in 2014, following the conceptional, emotional and lyrical path of his first album Afreuropamericasiaustralica, examining the state of the planet and its people 20 years later.
So get ready for this. Because the world is just a microglobe.