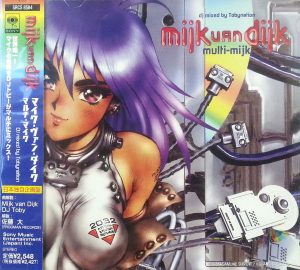 Today 20 years ago my first “Best-Of”-Compilation was released in Japan through Sony Music/ Office 7, the CD “Multi-Mijk” mixed by my good friend DJ Toby Izui aka Tobynation in 1998.Toby knows me and my music so well since  1992 and thus he created a DJ-mix which did not just sum up my body of work so far but also helped me find new fans in Japan that have been following me ever since. It was released through Sony Japan, so it had a lot of attention in the printed media and even a big display in major Tokyo record stores. 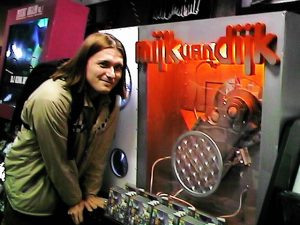 The cover artwork is very special to me as well. When Office 7 manager Toru Nagamine asked me, which cover design I would like, I requested straight away, an artwork by my Manga hero Masamune Shirow (Ghost In The Shell, Appleseed, Orion, Dominion Tank Police, etc.). Shirow-san lives withdrawn somewhere in the Kansei-Area and only a few people know his identity. So Toru-san naturally said “maybe not possible” (which basically means “NO” in Japanese). 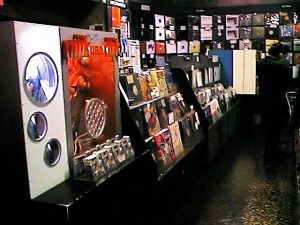 However he somehow reached out for Shirow-san and only a two weeks later he called me  and said, that Shirow-san knows my music and would be delighted to do the cover artwork for me. Oh Happy Joy! The piece he conceived is one of his first ever done completely in CGI, a technique he would keep on using for his later works like Man-Machine Interface and so on.
The liner notes for the CD were conceived by my friends and Frogman Records label bosses Dai Sato and Kengo Watanabe. 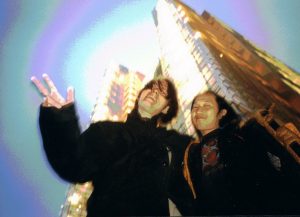 To round up the friends connection: the press photos have been shot at Potsdamer Platz Berlin, then still under construction, by Berlin Techno party photographer Wolfgang Brückner.
The title of the compilation actually refers to an article in German Frontpage magazine, in which I was dubbed “Multi-Mijk” by chief editor Jürgen Laarmann due to the many different projects and collaborations I did. 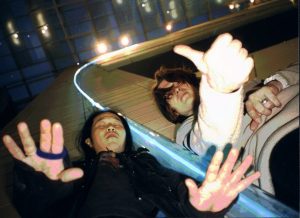 Thank you to everybody at Sony Office 7, who helped create this wonderful piece of my musical history.

Thank you to Masamune Shirow for making a small part ofme a puzzle piece in his own legacy.

Thank you to all the collaborators, who made this happen! 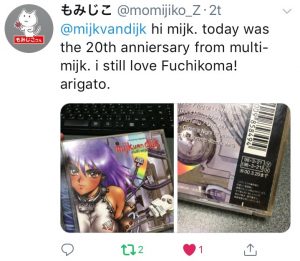 Thank you to momijiko_Z (もみじこ) for reminding my about this anniversary through Twitter. I am so busy in the studio these days, producing new music, I would have completely forgot! 😀
And super special thanks to Toby-san, of course! You rock! 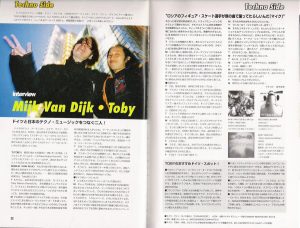